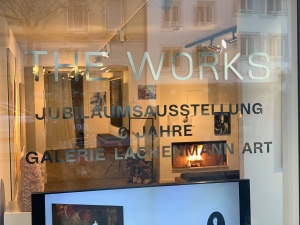 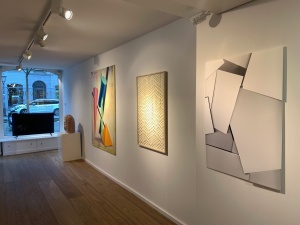 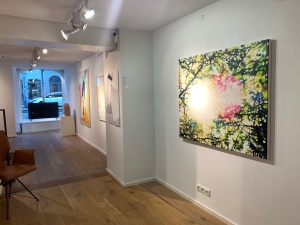 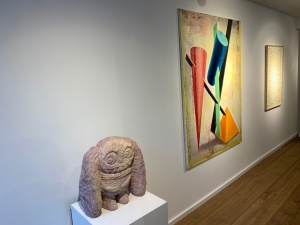 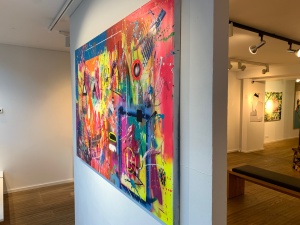 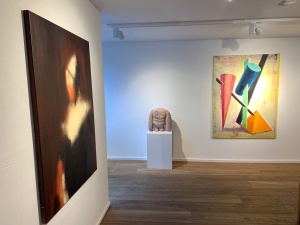 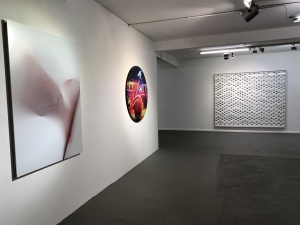 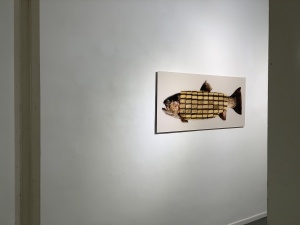 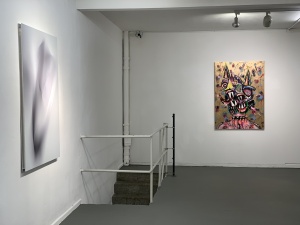 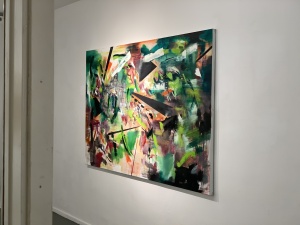 On the 18 th of October 2014 the Lachenmann Art Gallery in Constance was successfully opened, on the 7 th of June 2018 our Frankfurt Gallery was established. Today, six years and 47 exhibitions later, we are celebrating the sixth anniversary with two jubilee exhibitions, which are shown in both galleries simultaneously. To mark the occasion, we present current works by our Represented Artists: a self-portrait by Deniz Alt (Frankfurt), who reflects in his works on the search for his own origins, is juxtaposed with the dazzling moments and voids of Patrick Cierpka (Berlin), who skilfully captures the play of colours of light between the branches of trees and on the waves. Marc Jung's (Erfurt) works give us his (critical) view of the world and the actors of our contemporary history: coming from street graffiti, often loud, always energetic and colourful, while Danil Yordanov (Kaiserslautern) creates a quiet, introspective moment: the abstract and monochrome surfaces testify to power and timelessness. The familiar large-format portraits by Lars Teichmann (Berlin) pick up on quotations from the art historical past and Jukka Rusanen's (Lahti / Finland) brushwork exudes an immediacy that is rounded off by the delicate yet radiant colours. Jirka Pfahl's (Leipzig) works become mathematical beauties through their strict form of accurate geometry. They complement the wall objects of Florian Lechner (Munich), which conquer the room with their simple elegance and almost opulent reduction. The artist couple Römer+Römer (Berlin) capture snapshots of major events such as the Burning Man Festival as well as (not) everyday scenes and transform them into paintings in an extraordinary way. The Albanian artist Genti Korini (Tirana) borrows his strictly geometric figures from the architecture of his home city and creates fascinating new, lively forms on canvas. In the Constance gallery, Jan Davidoff (Munich) makes us dream of remote places in nature with the help of his works, and Stefan Rinck (Berlin) captivates the viewer with an impressive sandstone sculpture reminiscent of fairy tales and legends. In the Frankfurt gallery, the photographs of fish dressed in haute couture by Markus Brenner (Constance) seduce.