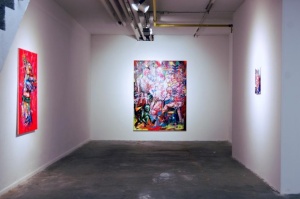 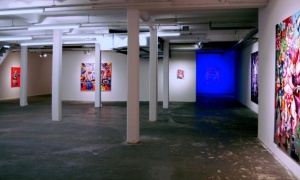 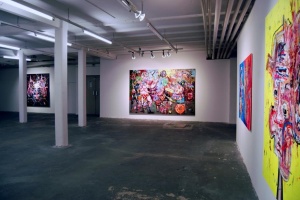 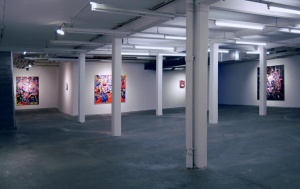 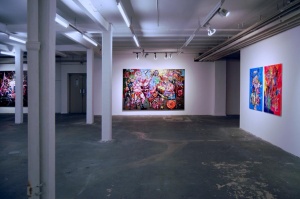 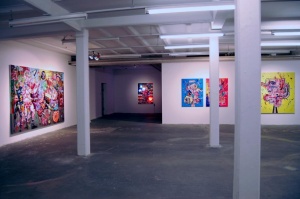 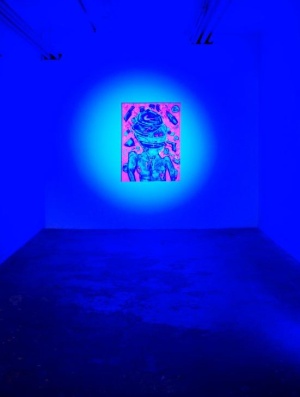 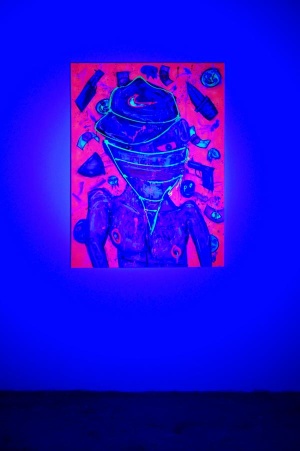 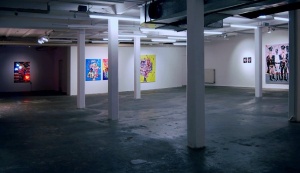 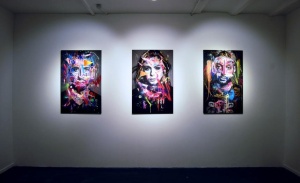 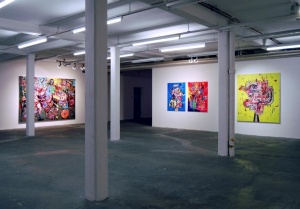 The journey is the destination: Marc Jung "on his way to painting"

Figuratively post-abstract Expressionism is what the artist Marc Jung says he brings to the canvas with spray cans, oil and lacquer. Neither purely figurative nor abstract, neither graffiti nor classical painting: Marc Jung's art resists simple pigeonholing. Strongly effective dirty work, such as Dripping¹, opposes the accuracy of forms that sometimes find their way onto the canvas with stencils, but more often by hand. Marc Jung's works fluctuate between the poles of chaos and order, and "may be a bit like me," says the artist, whose exuberantly extroverted presence often conceals his structured way of working. Layer by layer, his works are created. Often the lowest layers are no longer visible at all or only selectively visible as coloured shadows. Never the less they are elementary as the basis for the creation of the works.

He is still "on his way to painting," says Jung. So anyone who feels reminded of Picasso or Basquiat while looking at his works of art will recognize Marc Jung's intention not to devote himself to purely depicting mimesis. Instead, the viewer gets involved in Jung's search for a contemporary form of expression. This is clearly one of the cases in which the journey is the destination. Knowing the rules of the art cosmos, Jung undermines them ironically like Kippenberger, morally but without a moral pointing finger like his professor Richter, cynically provocatively like Meese and with a large portion of musical subculture on the canvas. Above all, it is the music that inspires him and accompanies him during his painting. Witnesses to this are the titles of the works, for example humoristically distorted snippets from German or English rap songs: "You are not a gang member, you are a tourist".² Who, you ask yourself on the basis of the recontextualization undertaken, is now the addressee of this suspicion ...? Image, observer and artist themselves are all put to the test of art.

¹ engl.: in postmodern art, since Jackson Pollock, Dripping has been understood as the seemingly uncontrolled centrifugation of paint onto a painting surface