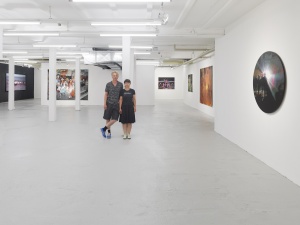 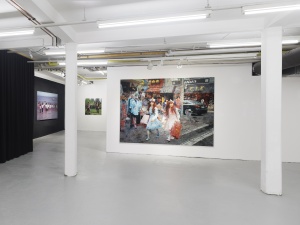 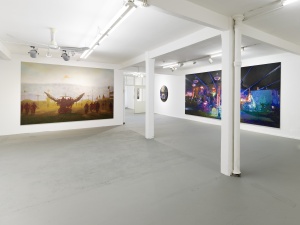 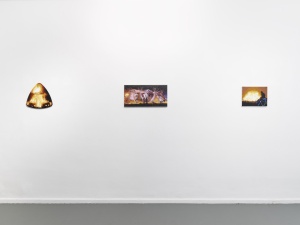 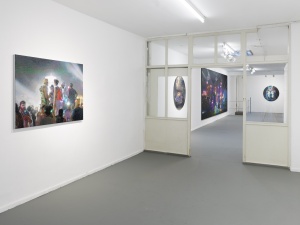 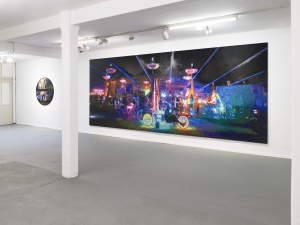 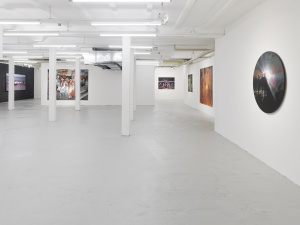 You can find the video of the exhibition on the Lachenman Art Youtube channel here.

The exhibition ›Radical Ritual‹ presents the special cosmos of images of the Berlin artist couple Römer+Römer in a colourful variety. In their mostly large-format paintings, manga fans are deepened at the Cosplay in Beijing, fantastically decorated samba dancers in Rio de Janeiro, spectacular light installations and fantasy creatures of Fusion and Burning Man Festival are presented. Their works show snapshots that capture cultural peculiarities, unique celebrations and rituals of the places they travel to together. Under the title ›Radical Ritual‹, these events merge into a place where people can immerse themselves in another world and live it out radically and freely. This was also the title of the Burning Man Festival, which they visited in 2017 and whose motifs form the major part of the exhibition. Many of the festival visitors travel to the festival in self-built vehicles to join the caravan or to give free space to their creativity.

One of these kind of cars made of converted bicycles, embedded in a variety of light installations, can be admired in the 6 meter long diptych Moon Landing Biker (2018). Here, the presentation of the light of the many light strips and LED displays is combined in a special way with the painting technique of the artist duo Nina and Torsten Römer. The motif is created from a density of tiny dots of pure colour placed next to each other, which, when viewed from close up, seem to dissolve into the structure of the individual spots. While Impressionists and Pointillists in 19th century plenair painting explored the possibilities of depicting natural light, here both natural light sources, for example from fireplaces, and artificial light are dissolved pixel-like. The result is an analogy of pixels and light-emitting diodes that reflects the visuality of the digital.

Nina and Torsten Römer developed their style in a time of change from analogue to digital photography. Thus, their motifs are based on digital photographs, which they then translate into painting. This process of translation bears witness to how photography is constantly changing painting.

Their interest in the change and transformation of our time is evident in many ways. Throughout their artistic work, they have been deeply involved with social and political events and have expressed their observations and thoughts in numerous performances in addition to painting. Their common interest arose very early and so they developed their first joint compositions while still studying. They both studied at the Academy of Art in Düsseldorf and in 2003, as an artist couple, they both graduated as master students with A.R. Penck.