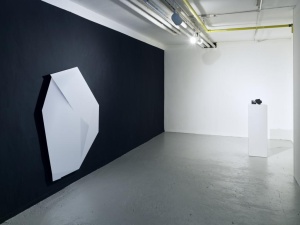 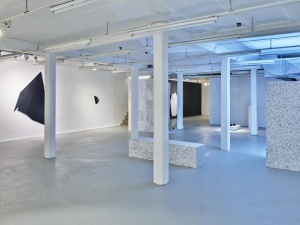 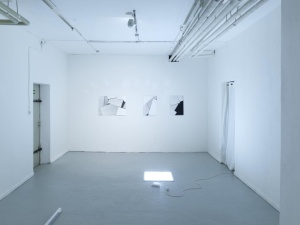 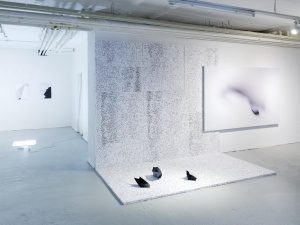 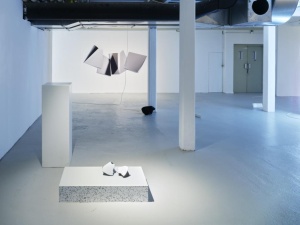 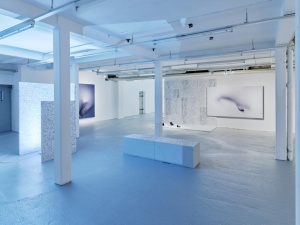 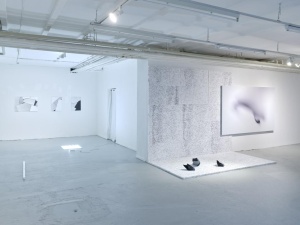 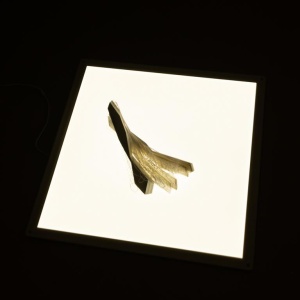 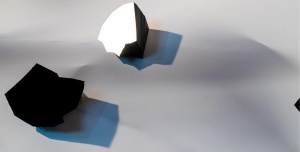 The exhibition RENDER presents the latest works by the Munich artist Florian Lechner (*1981), which can be understood as a sort of digital sculpture. On the one hand, they make the digital virtuously fruitful for sculpture and, on the other hand, critically deal with its implications for the work of art and the aesthetic experience, which is also referred to in the title of the exhibition.

As an english verb, to render is basically to be understood as making, performing, proving. In German usage, however, this has become established primarily in connection with rendering as a term from design or computer graphics. Understood as synthesis of images, it describes the process of generating an image or a sketch from raw data for 2D or 3D space, whereby specific properties are transferred to the data or specifications are made. The term thus pointedly refers to what Lechner negotiates in his work when he designs bodies in virtual space and prints images of these bodies on aluminum composite panels, which he then further processes. Or when he prints out parts of the body in different sizes with the help of a 3D printer, so that he creates image objects in the sense of the Post Internet, without the need to distinguish between original and copy.

Similar to the challenges of rendering, Lechner uses different forms, materials and formats to negotiate the problematic between virtual viewing and the visibility or visualization of objects, the influence of the appearance of simulated and real surfaces on material properties, as well as the role and function of refractions and light conditions, which has always been one of the fundamental themes of classical sculpture. A significant difference and a decisive distinction from tradition, however, is that Lechner does not bow to its conventions, but breaks away from them in the sense of postmodernism in order to think them further.

As evidenced by the presentation of the works in the gallery spaces, Lechner negates the classical concept of the work and attempts to establish physically as well as virtually diverse relationships between the individual works and their digital reproductions, illustrations, and continuations, which now extend into social networks and their echoes.

Lechner thus also addresses further topical questions about the relationship between artistic autonomy and the preservation of aesthetic experience in this situation, which not only commodifies the work into a consumer item, but also maintains an otherness and particularity. By taking up these and other similar contemporary considerations, Lechner illuminates the fundamental contradictions of a digital art. At the same time, he seduces the visitor through the supposedly smooth, aesthetic and at the same time haptically appealing surfaces that are typical of Lechner's work to unconsciously enter into the discourse he is conducting and in the end to expand as a recipient into the described diversity of relationships.

The exhibition RENDER presents digital sculpture that, while on the one hand making virtuosic use of the digital for sculpture, on the other hand takes a quite critical look at its implications for the work of art and the aesthetic experience. Lechner designs bodies in virtual space and prints images of these bodies on aluminum composite plates, which he then further processes. Or he prints out parts of the body in different sizes using a 3D printer. This is how Image Objects are created, as could be said with regard to the comparable works of Artie Vierkant, which eliminate the distinction between original and copy. [...] (Dr. Björn Vedder) With the represented work groups and an installative intervention in the basement of the gallery, which offers itself to the public on 300 square meters as a walk-in rendering, a multidimensional overall structure is created in interaction. A catalog will be published.