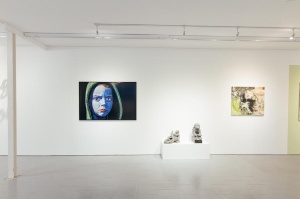 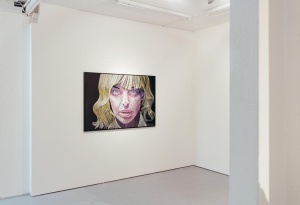 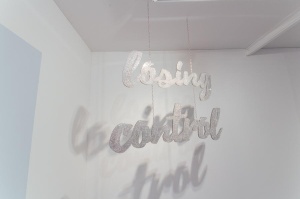 Young and beautiful at first glance, but cool or even authoritarian at second: in the series "Final Girls" and "Faye Dunaway" Katharina Arndt portrays the last (without exception female) survivors of famous horror films such as Halloween, Scream, Alien and Texas Chainsaw on the basis of film stills. The artist takes up a pop-cultural motive that appeared in the 1970s as counter-model to the "Virgin in Need". It was first described by the American film scholar Carol J. Clover in 1992. The women appear as personification of fear, but nevertheless they triumph at the end of the respective film through their rough to brutal intelligence and willingness to act. Arndt reflects a momentum of the changing understanding of roles and the image of women in the last third of the 20th century.

In many works of male artists cruel women, femmes fatales, often appear as their nightmare and/or dream. One example is the topos of the brutal and highly sexually charged Amazon. A woman quickly becomes the image of male fantasy or a reflection of patriarchal cultures thus projection screen for the two poles of human existence, as Freud described them: longing for death and libido.
In contrast, there are works of (female) artists such as Artemisia Gentileschi, in which the biblically iconographic protagonists are characterized as autonomous, self-sufficient, self-reflective women. These works impart a complex image of women that resists simple classification (virgin or whore).

Arndt depicts women who become hybrids, a synthesis of classically male and female connotated traits and thus uncontrollable super-humans. Through the artist's technique, her sketch-like reduction, and the cool materials used, the motifs remain connected to their original pop-cultural background despite their portraiture. Ambivalent relationships emerge between the individual and mass production. In this way, the artist contributes to a gender debate, which confronts complexity and multi layerdness with outdated gender stereotyping.